What is a situation with abortion law in poland?

Since 1993 the Act on family planning, protection of a human fetus and conditions for pregnancy interruption has made it possible to have an abortion in a hospital in Poland, within the public health system only in three cases – when pregnancy is a result of a criminal act, when pregnancy poses a serious threat to a pregnant woman’s health or life or when there is high probability of a serious and irreversible fetal malformation or an incurable lethal disease.

For many years there have been attempts to further restrict this law. Mostly it was done by anti choice NGOs that would use the possibility to introduce a civil legal initiative into the parliament after collecting a requested number of signatures. They succeeded in doing so more or less every year within the last he last 10 years. One of the draft laws is still in the parliament.

What happened this week?

On the October 22nd the Constitutional Court in Poland decided that a possibility to terminate a pregnancy in case of serious fetal abnormalities is unconstitutional as it is inconsistent with art. 38 of the constitution that guarantees the right to life.

3 years ago a group of 40 MPs from the ruling (since 2015) party decided to file a notion to the Constitutional Court. At this time the court had been filled up (also illegally) by judges who are servants of the ruling party. The Constitutional Court has therefore been disgraced by mostly everyone – political opposition, media, society and international institutions. Nevertheless the hearing took place in the middle of COVID pandemic, where the situation has been changing dramatically.

The Court ruled in favor of the applicants. It decided that the provision that allows for abortion on the ground of fetal abnormalities is in breach of the article 38 – the right to life.

What does it mean?

There will be no longer a possibility to have an abortion on this ground in a hospital in Poland. Nor will it be possible to have one anywhere else because whoever (like a doctor) does it can be criminally charged. It has been very difficult to get the procedure while it was legal so there is no reason to suspect that doctors will do this outside the system.

According to the official reports issued annually by the government there are approximately only 1000 abortions performed on this ground in Polish hospitals.

What does this ruling mean for people who will need them as from today? They will have to, depending on the gestation time, take pills at home or go abroad to a clinic for a procedure.

What we are dooing?

Abortion Without Borders still operates in Poland, gives information about abortion options for those who cannot have them within the public heath system.

Abortion Dream Team still offers information and counseling as well as support for these who decide to take pills at home. There are many activists all over Poland who do the same locally.

Kobiety w Sieci (Women on the Net) are still running the internet forum on which people support one another.

Women Help Women still supports those who need abortion pills to have abortions at home.

What can you do?

Spread out the information. Help us reach as many people who might need help as possible.

Also you can support us financially. We are collecting money via crowdfunding at: https://zrzutka.pl/55g5gx but we are encouraged you to make small monthly contributions. 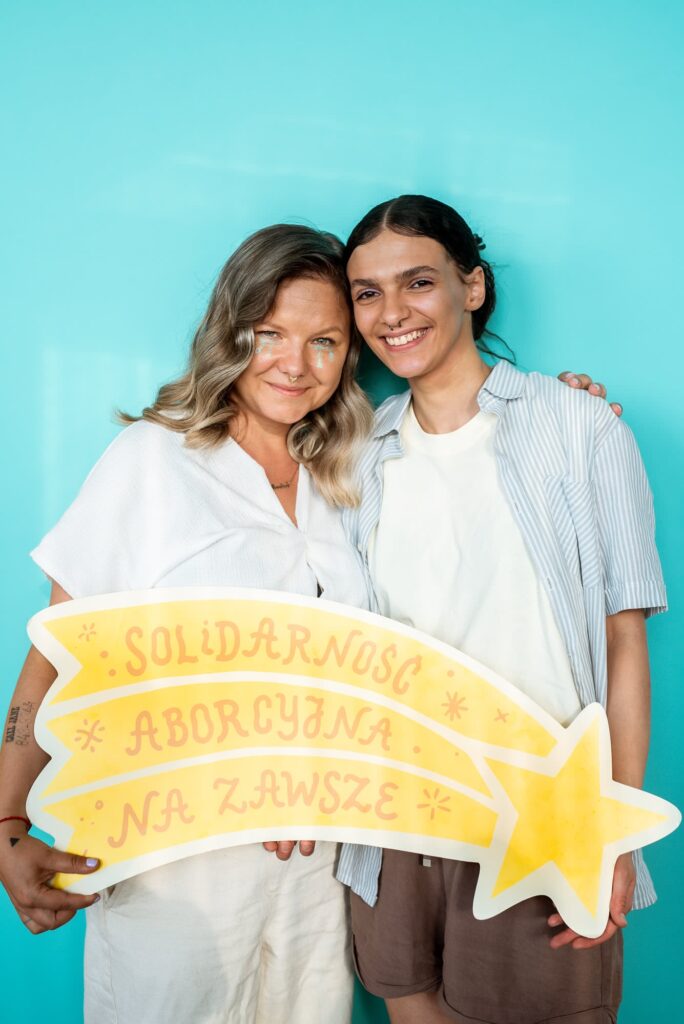